GIRLS IN SPORT – MARKETING AND AWARENESS

No matter what the date, it’s always a good time to focus on the empowerment of girls and women in sport and here we’ll look at some key forward-thinking marketing campaigns spreading vital awareness on the subject.

But, before we do, let’s consider why International Day of the Girl is so important.

The Importance of International Day of the Girl

A day of international observance first declared by the UN, International Day of the Girl exists to support a fairer, more equal world.

Gender inequality is rife in every part of our society and as such, many girls the world over are prevented from realizing their full potential, both personally and professionally.

Issues such as legal rights, access to education, fair pay, professional progression, social discrimination, and violence against women, among others, all fall under the umbrella of gender inequality. And, as a society, we have work to do to eliminate them.

In addition to challenging the status quo and spreading awareness on gender inequality, International Day of the Girl also marks the vital contributions, talent, and innovations of women across the globe.

To celebrate, inspire, and educate, UN Women is leading an initiative—in collaboration with some of the world’s top female athletes—that teaches women as well as girls teamwork, self-reliance, resilience, and confidence in the sporting world.

Sport has the power to drive change and enrich lives. By using International Day of the Girl as a platform to spread awareness and launch inspiring initiatives, organizations, institutions, and brands alike can take an active role in levelling the playing field for good.

A 2018 survey revealed that 40% of women in the sporting industry face some form of gender discrimination. That was just in the UK, so the results would certainly vary widely around the world.

While we still have a long way to go, things are changing for the better. Policy and attitudes are being challenged and an increasing number of brands are working to empower as well as inspire girls within the sporting industry.

Here we look at four ‘girls in sport’ marketing campaigns that are helping to flip the script.

As the official partner of the 2019 Fifa Women’s World Cup, Budweiser stepped up with a campaign that inspired football fans to show their full support to the England women’s squad during the tournament.

Using Queen Elizabeth I’s famous ‘Heart and Stomach of a King’ speech as inspiration, the beer brand’s punchy campaign sees a mix of powerful women spread a powerful message of equality, strength and empowerment in sport.

A campaign that fired up the nation in anticipation for the big tournament.

Launched in 2018, 20×20 is a dynamic content-driven campaign dedicated to championing women and girls in sport.

Led by the Federation of Irish Sport, 20×20 is a charter supported by a wealth of sporting clubs and governing bodies across Ireland. The idea is to create a real cultural shift in Irish sports, placing women and girls at the center of the narrative while showcasing their strengths and talents.

The name embodies the desire to achieve 20% more media coverage and 20% more female participation and attendance by the end of the year 2020.

Its hashtag #CantSeeCantBe (which is also the campaign’s poignant strapline) has earned droves of social engagement as well as interest from notable figures in the Irish sporting world over the past two years.

To support the campaign’s powerful hashtag, the team behind 20×20 created a series of emotive, inspirational video content as well as it’s ‘ Choose What’s Next’ podcast to conclude the campaign and inspire people within the sporting community to take positive action.

An impressive mix of content, social media, and influencer marketing, 20×20 is a campaign that is achieving its goal of creating real change in Irish sport.

Sports and skate brand Vans celebrated girls and women in 2019 with ‘Vanguards’—an expansion of its original ‘This is Off the Wall’ campaign.

A visually-stunning series of miniature documentary-style videos, ‘Vanguards’ drives home the message of creativity and individuality in the skating world through the eyes of girls and women.

Neatly woven together with a dedicated landing page, this inspirational video-driven initiative highlights the sheer grit and talent of girls and women skaters.

The ‘Vanguards’ style and creativity video alone has earned 80,606,075 views to date—a real testament to the campaign’s value and power.

“By sharing their stories, we are able to continue celebrating the unique individuals who are living and breathing Vans’ ‘Off The Wall’ ethos.”

Bumble “The Ball is In Her Court” with Serena Williams

Based on the concept of the Bumble app, where women make the first move when receiving a dating match, the campaign encourages women to stand up and take charge of their lives.

An advert with real substance, the video is nothing short of inspirational, empowering girls and women to flip the script and showcase the power they already possess.

The campaign’s hashtag #Inhercourt received an impressive level of social media engagement, spreading a vital message for a better future in sports as well as society in general.

“Society has taught us as women to kind of sit back and not necessarily be the first one to speak up. We want to take that and flip the story”

The world’s next greatest tennis player might never have picked up a racket. She probably hasn’t been given the opportunity. That needs to change.

Gender inequality is still a huge issue but by keeping the conversation going, spreading awareness, and taking action, we can make a difference the world over. Let’s even out the playing field. 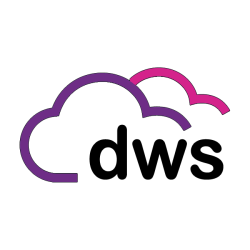